Simeon Sebedee, a 2006 stallion, sired by Imperial Madaar (Imperial Madheen x Ansata Nile Mist) and out of Simeon Sehavi (Asfour x Simeon Sheba) was shown over the weekend at the 24th Qatar National Arabian Championship. You will remember that I blogged about him in February. He was shown Friday night, in Class 14, Stallions 11 years and older. I stumbled upon his video, while writing yesterday's blog about Invictus. Last year at the 23rd Qatar National Arabian Championship (actually held in January, 2021 because of Covid), Simeon Sebedee had placed 2nd to Gazwan Al Nasser (Gazal Al Shaqab x Ftoon Al Shaqab) who also won the same class this year (24th Qatar National Championship). It's interesting to learn that 10 months later, even with 2 of the same judges (Tamas Rombauer & Tomasz Tarczynski), the results are similar and I still feel, despite showing signs of advancing age, that Simeon Sebedee, as he powerfully marches into the show ring, is the kind of horse who captures my attention and makes my hair stand on edge.
***with many thanks to Arabian Essence, for making these videos available on YouTube. You can't imagine what it does for people like me, in love with the Arabian Horse, as he exists, all over the world.***
Posted by Ralph Suarez at Monday, November 22, 2021

Are you familiar with the Arabian Breeders Magazine? I have written several articles which have been published within this quarterly magazine. Some of those articles originally appeared here, like "Looking for Adaweya", "Moniet, Rashad and the Mare That Once Was" and "The Dawning of A New Tomorrow: The Bukra Story". Each issue beautifully celebrates the many reasons why we are perpetually enchanted with this breed of horse...you really need to subscribe today! 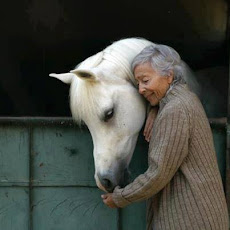 "If everyone keeps on breeding him the way they conceive he should be, instead of the way he was meant to be, we might as well honestly confess to ourselves, we are breeding a different beautiful horse to fit our needs of today, 'close to the breed', but not the pure Arabian that over the years and ages has inspired kings and sultans, poets and painters." - Dani el Barbary, from the May 1984 issue of Arabian Horse World Magazine 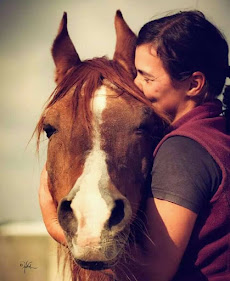 "In this modern world, where machines and scientific inventions multiply unceasingly, the horse can have an important role. He is the ideal companion for man, who loves him and finds in his company something rarefied and transcendent." - Nuno Oliveira 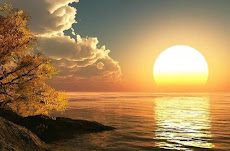 "I love that this morning's sunrise does not define itself by last night's sunset." - Steve Maraboli

"If what I say resonates with you, it is merely because we are both branches on the same tree." – William Butler Yeats 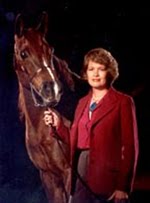 “There is something about working with horses that encourages one to dream.” - Barbara Griffith

Your Favorite Blogs This Week 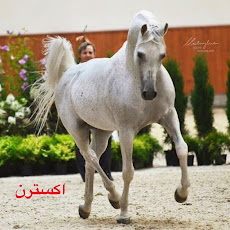 "Beauty, grace and refinement are not in contrast to soundness, stamina and endurance. Beauty simply replaces ugliness, grace takes the place of clumsiness and refinement - coarseness." - Carl Raswan 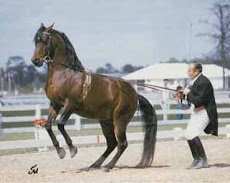 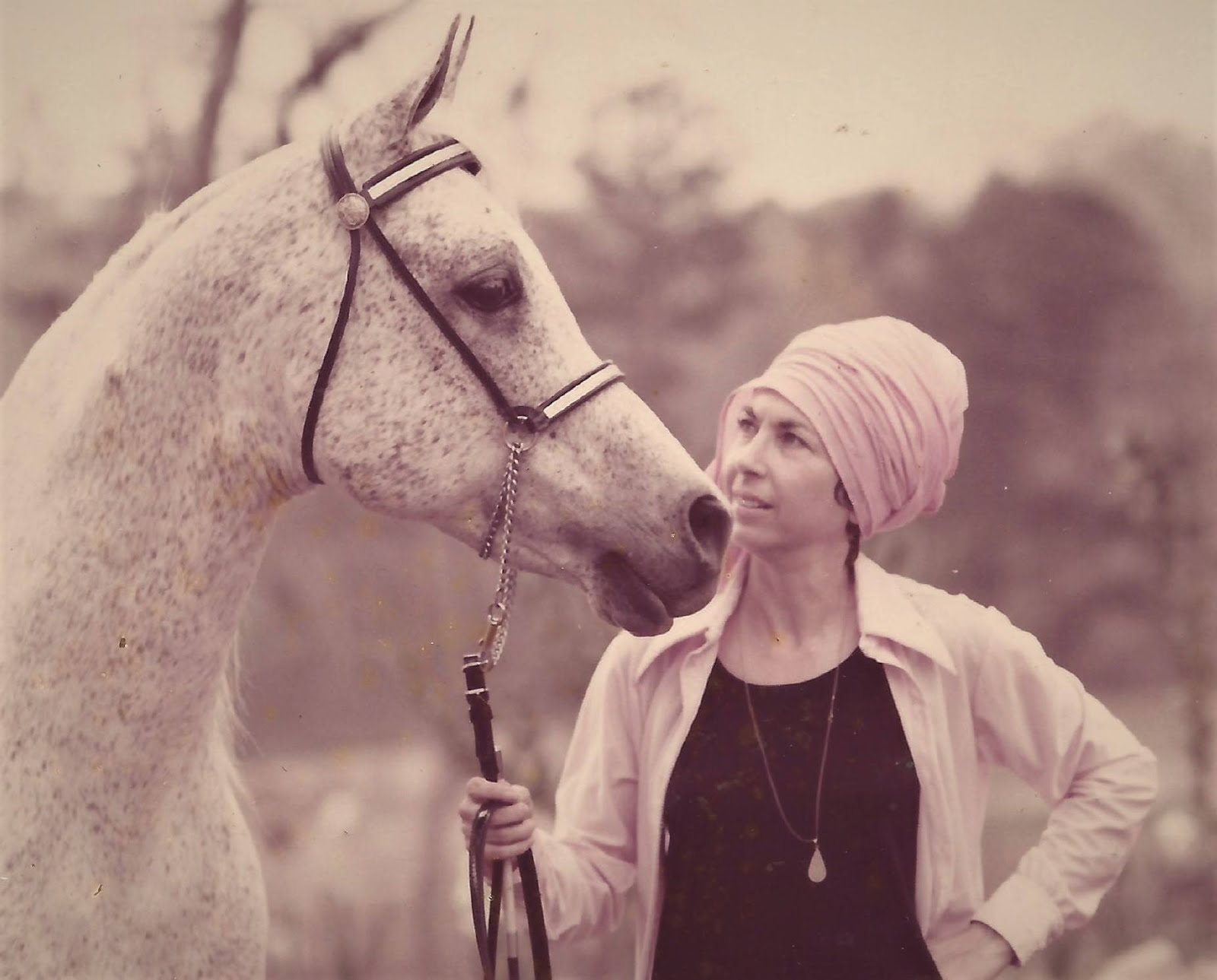 ""All the real (intangible) qualities we admire in the Arabian horse today are a result of a long heritage established through companionship and mutual respect."-Judith Forbis 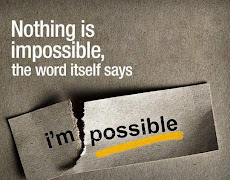 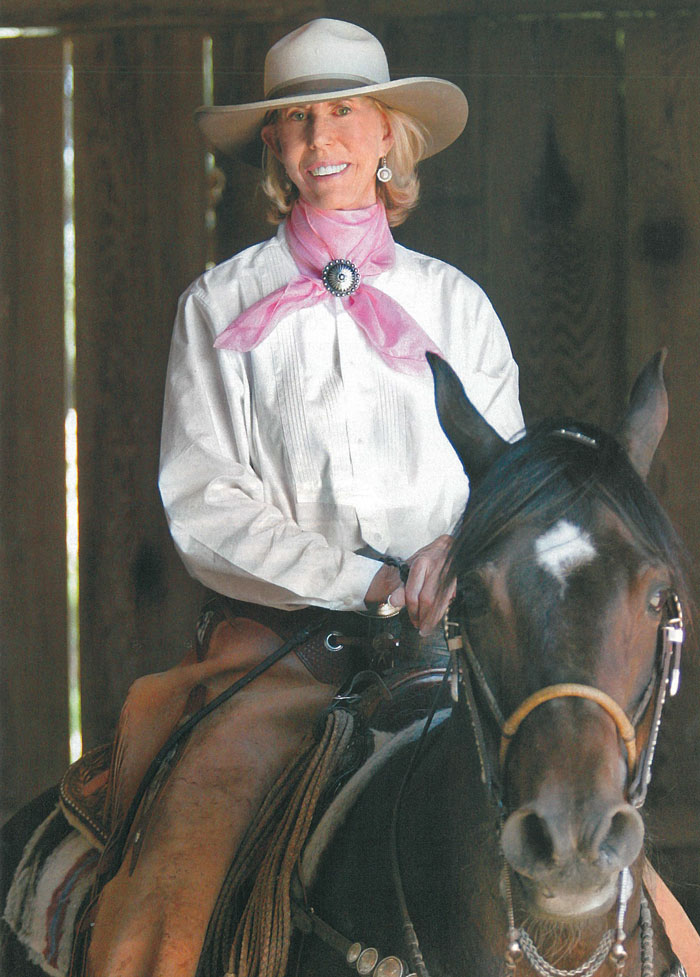 "You know what I want for this horse? He doesn't really have to go to the arena. I believe in him. I wanted something that was clean, pure and honest for this horse." - Sheila Varian 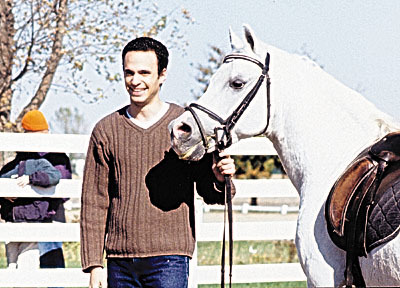 If you want to understand the desert Arabian horse on a deeper level, then you will want to visit Daughters of the Wind, a blog maintained by Edouard al-Dahdah, since 2008. It's my favorite place to visit, on a regular basis. For me personally, the information that Edouard presents is at times so profound, that I find myself weeks, even months later, still thinking about what he has written. I consider him a treasured source of inspiration and for the times that I don't feel like writing anymore, a significant source of encouragement. In one place, you will be able to read of the horses, their heritage; as well as the culture, traditions and the geography of the land, from where they originated. I strongly encourage you to visit his blog to broaden your understanding and deepen your appreciation for the Bedouin-bred horse. 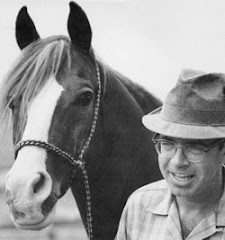 “No studbooks can hold these horses completely. No trainer can compel their beauty. No person can totally own one. Artists try to catch their beauty but it is beyond paint and description.”-Charles Craver 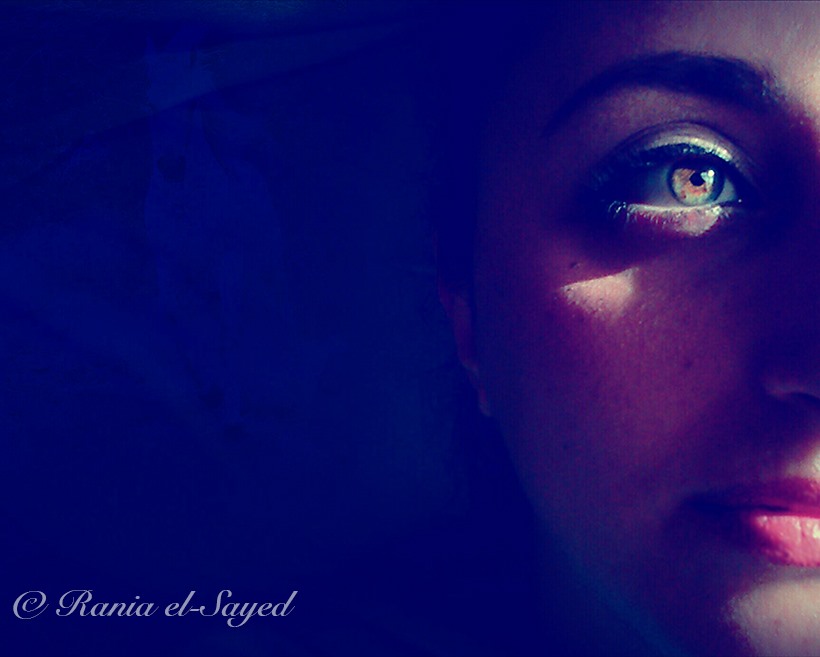 The Horse In Word and Picture is the blog of Rania el Sayed, a very talented photographer, whose equine photography is second-to-none. I still remember when I first learned of Rania, it was all because of the late Dr. Nasr Marei. At the time, Nasr published an article that featured Rania's photography. I was thrilled by the photography and later, "meeting" Rania was one of the highlights of my horse life. I loved her photo of Mangooma and Rania, in an act of kindness never to be forgotten, let me use her photo in my blog. Thanks Rania for all of your support. You'll love Rania's blog and all of the equine topics she covers, including the straight Egyptian Arabian Horse. She really pushes me to think deeply about things that I haven't thought in a while. And you don't have to join Facebook, to read her posts. . 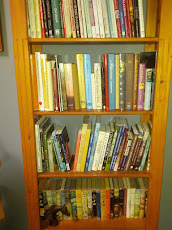 So please, oh please, we beg, we pray, Go throw your TV set away, And in its place you can install a lovely bookshelf on the wall. Then fill the shelves with lots of books, Ignoring all the dirty looks. - Roald Dahl, from his poem, Television 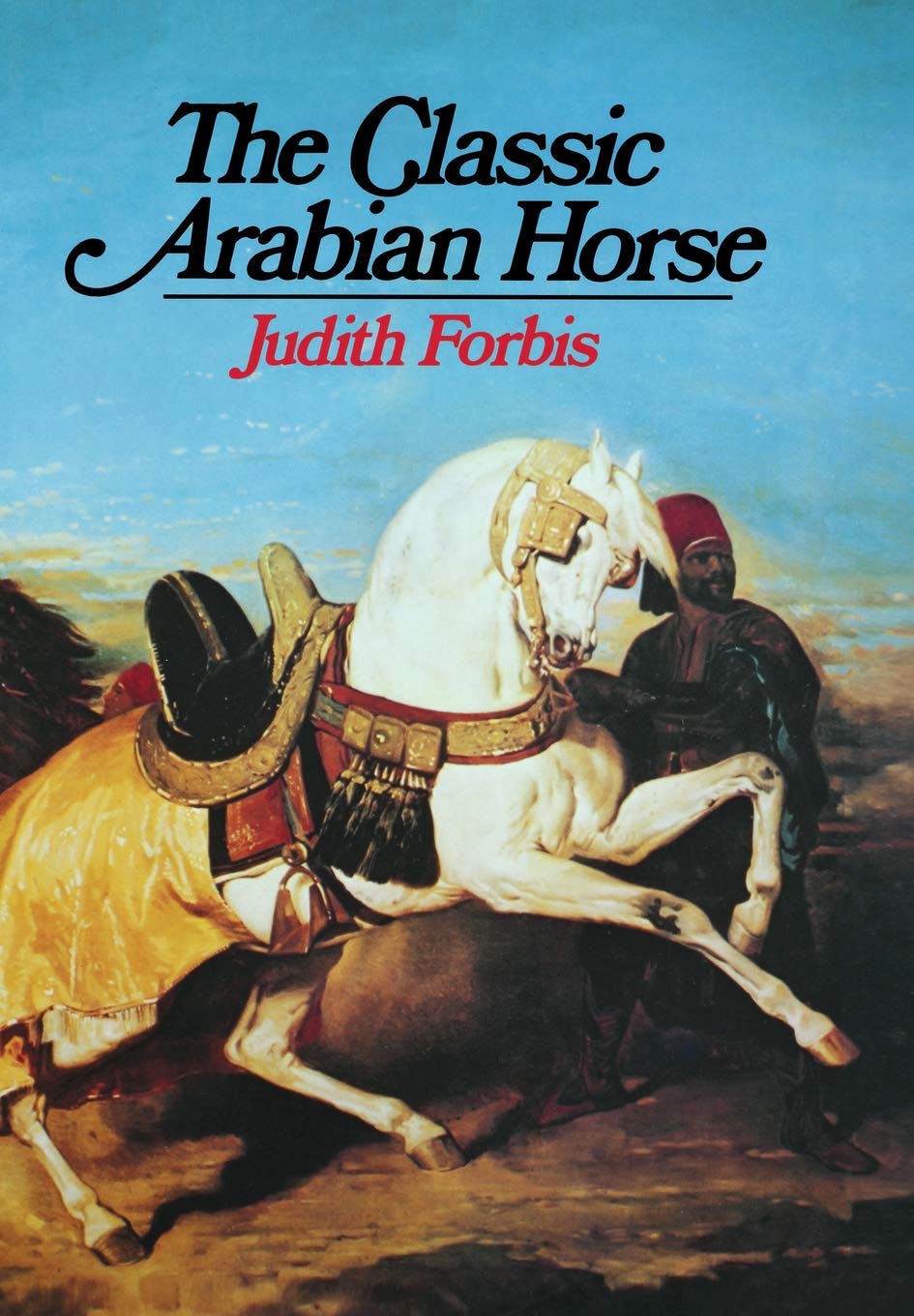 One of the questions that I am asked most frequently is which book(s) do I recommend? Judith Forbis', The Classic Arabian Horse, published in 1976, is MY FAVORITE BOOK...EVER. Prior to the publication of this book, we really didn't have anything that compiled the history, the bloodlines & breeding practices and conformation (including breed type) of the straight Egyptian horse in one volume. You had to dig through multiple sources, sometimes in languages foreign to one's own, to try and develop an understanding of the Egyptian Arabian horse. So, this is my recommendation to you today, especially if you are just starting, this is the most important book you will ever own. You can find the book on Amazon, previously owned, at a very affordable price. 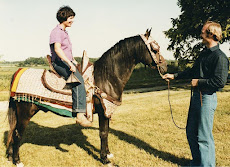 "Stay committed, stay connected, share your passion with others and never lose sight of what touched your heart in the first place and you will preserve something wonderful." - Joe Ferriss 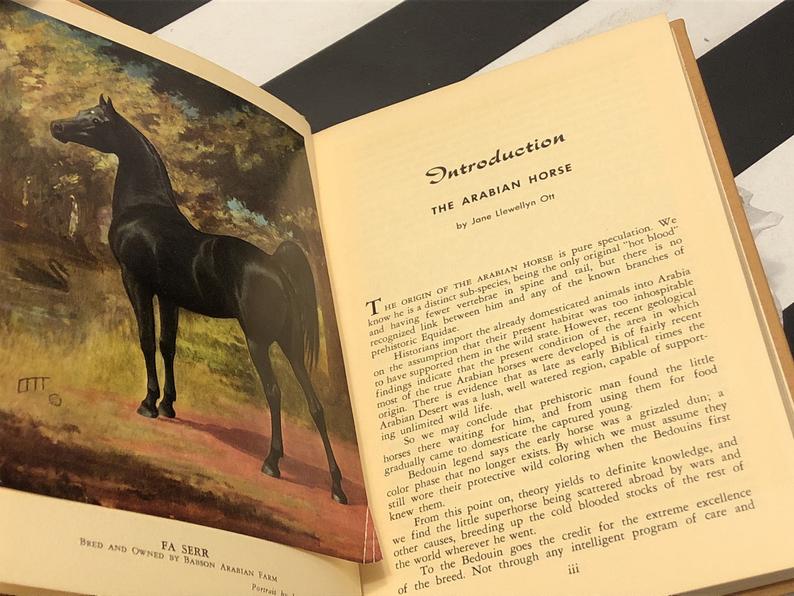 "Handle a book as a bee does a flower, extract its sweetness but do not damage it." - John Muir 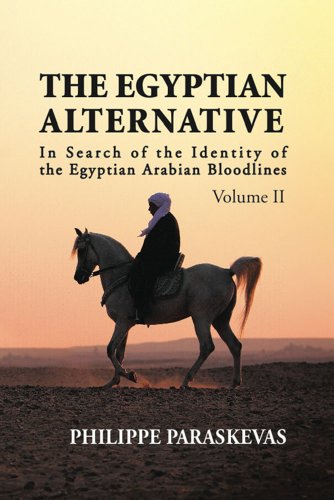 One of the questions that I am asked most frequently is which book(s) do I recommend? Previously, I mentioned Judith Forbis' THE CLASSIC ARABIAN HORSE which is a great introduction to the breed and to Egyptian Arabian horses specifically. But now, you have read that book and are ready to go deeper. So, this is the book that I recommend reading (VOLUME II ) without hesitation. It's fantastic. The depth of this book, within tail female lines, sire lines and strains found in Egyptian (EAO) breeding is not found anywhere else. If you are serious about the Egyptian Arabian horse, whether a breeder, student or enthusiast, you must read this book, at least once! 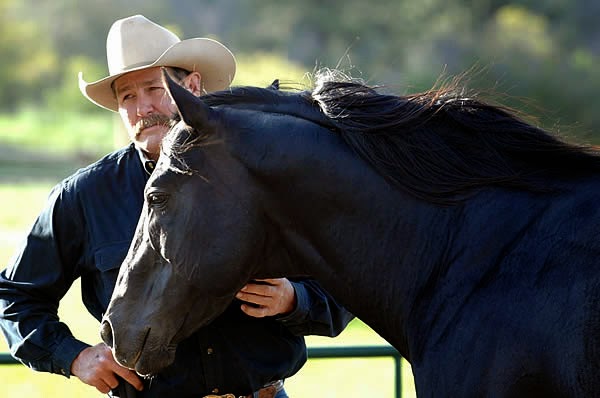 "the horse is the only animal on the face of the planet that the chauvinistic human being says, that animal's not just man's best friend, that animal equals us and in fact, completes us."-Pat Parelli 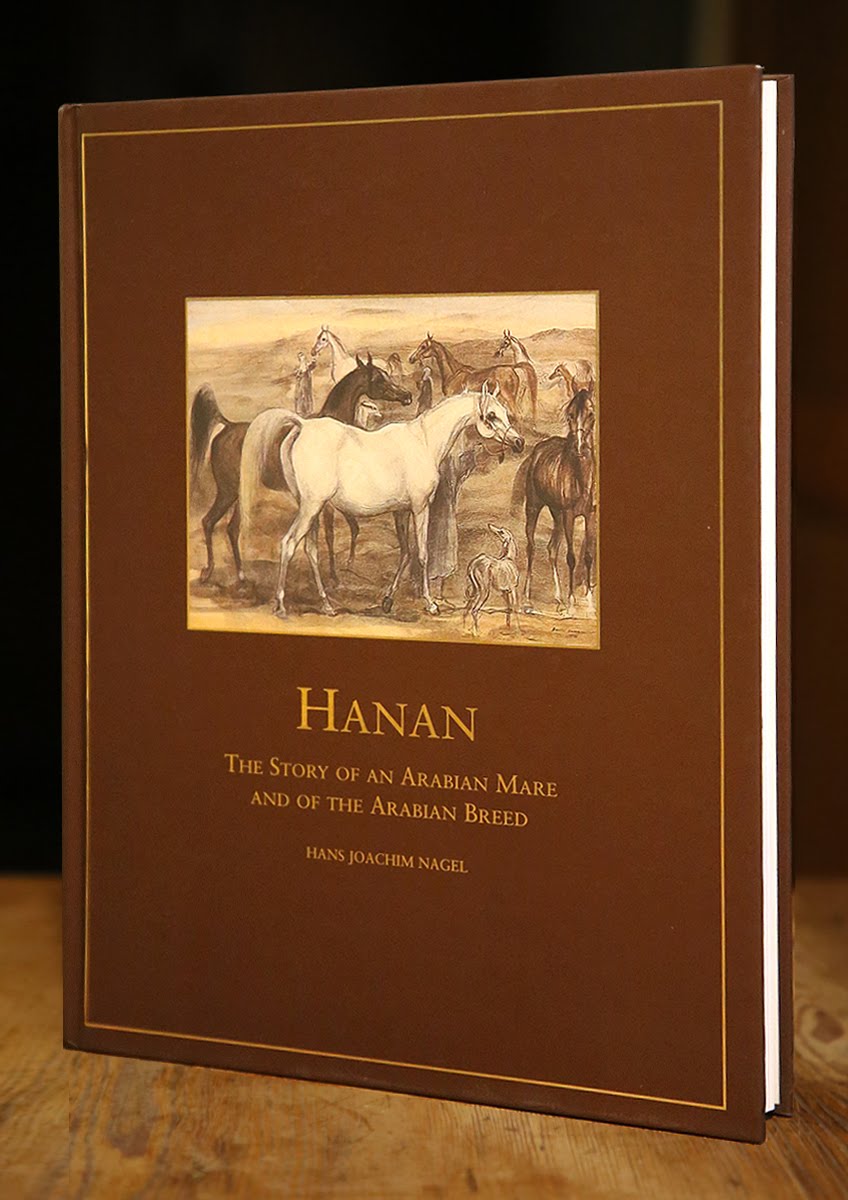 In the Preface, Dr. Nagel wrote, "Since it is claimed that the Arabian horse breed is one of the oldest on earth, one has to accept that it is also in the crossfire of many opinions which sometimes clash vigorously. There are obviously many doubts and errors, and the advocates of different concepts seem to be not ready to settle on a common stance. It should encourage the reader to think...The refreshing variety of thoughts surrounding this noble member of the great family of horses should not be lost." Whether you agree or disagree with Dr. Nagel, is not what is important here but rather, the resulting thought that you will have given all that he has written within the pages of this book. I can't even tell you how many times I have read this wonderful book cover-to-cover. It's one of the more provocative books that I have ever read and each time I have read it, a part of the book that had not impacted me previously, will cause me to think deeply for days, weeks and even months at a time. So, dear reader, I recommend this book to you, in the hope that it will inspire you to think deeply about our breed and examine why, you feel the way you do. If you think on any part of this book, then Dr. Nagel will have been successful in his writing. 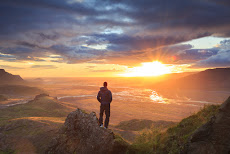 "I hope that people will live the story that God really wants for their lives. Too many people live too small of a story." - Fr. Mike Schmitz

"We're all capable of so much more than we think we are." - Jesse Itzler, Living With A Seal 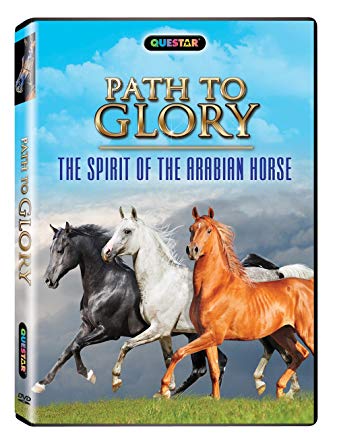 Imagine the Ofir sons, Witraz and Wielki Szlem, being led through the burning streets of Dresden, as artillery fire rained upon them . Witraz's tail even caught fire! Their groom, Jan Ziniewicz, held on tightly to both stallions and they survived the horror of WWII, to become significant horses in Polish Arabian horse breeding. There are many stories like this throughout this wonderful film and if you love the Arabian horse, you owe it to yourself to watch it! 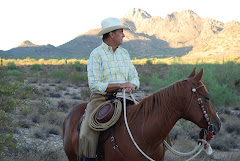 "No one gets into horses to become a better human being or to find greater meaning in life or to make the world a better place but sometimes, that's exactly what happens."-Rick Lamb, from his book, The Revolution in Horsemanship and What It Means to Mankind 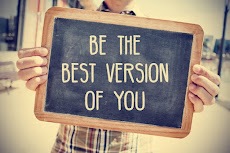 A Community of Friends 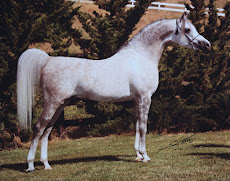 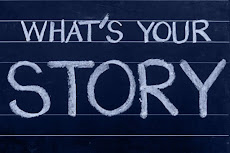 In the summer of 2006, when I discovered Blogger, the last thing on my mind was creating a blog. At the time, I had been participating in a popular Egyptian Arabian horse website and desired to find a website that would allow me to "cut-and-paste" the posts that I had written for future reference. From those humble beginnings, this blog was born. I'm not a professional writer and although I want to say that writing is a hobby; I think it is better to say that I write for the love of the breed. I've had the good fortune to meet a number of horses who are now considered legendary, as well as some really wonderful people, who are as equally legendary as their horses. Over the years, the decreasing scholarship in our breed, that is, a lack of breed knowledge and possibly, purposeful misinformation, really bothered me. Also, as someone hungry for knowledge about the breed, the high cost of “antiquarian and highly collectible” books also bothered me. It seemed that books became desirable, more for their financial value, instead of the content written inside. I don't think I am terribly unique, so I figured that high prices probably frustrated other people too. Over the years, people have suggested that I charge a subscription fee or pursue paid sponsorships but you know how money changes everything and this blog, after all, is a labor of love. So, there you have it, the story of the blog. Many thanks to the people who make this blog doable, for example, where would I be without any of the photographers, the "visual storytellers" of our breed, who allow me to post their pictures and to the authors of the many books and magazine articles that I have read over the course of 45 or so years, helping to educate a long ago kid, crazy in love with Arabian horses. And finally, an overwhelming amount of gratitude for you dear readers, for coming here to this place, to read, discover and celebrate this common ground we share, all for the love of an Arabian horse.